The Fallacy Of Functional Training 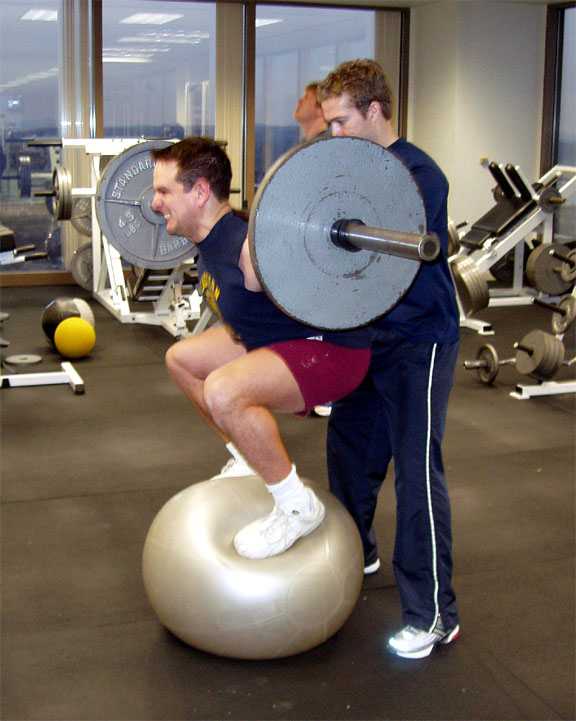 In the past few years, a fitness craze has been sweeping the industry-the operative word being “craze”.

They call it “Functional Training”.

I have witnessed this craze reach epidemic proportions in the fitness world, to the extent that many people equate this type of training with the field of personal training: in other words, so many trainers are training people this way, people think that so-called Functional Training is what personal training is, and that’s all it is; that they are one in the same.

In this article, and I’m sure in many more ways to follow in the future, I’m going to define and explain what is meant by the term Functional Training, point out the flaws in both its theory and methodology, and give my opinion as to why I think it’s a joke.

As my reference point for the definition and explanation of Functional Training, I will use the apparently impartial source Wikipedia.
Wikipedia defines Functional Training as “a classification of exercise which involves training the body for the activities performed in daily life.”

Wait a minute-isn’t that the goal of any form of exercise? The function of skeletal muscles is to produce movement. Therefore, any exercise program that strengthens the muscles will improve the body’s ability to move during “the activities performed in daily life”, whatever they may happen to be.

High Intensity Training, as well as many other forms of exercise, can and do result in stronger muscles. Functional Training advocates give the impression that if you train with machines or conventional strength training equipment you are going to end up weak and uncoordinated.

It doesn’t work that way. Strong muscles produce strong movements, no matter what your “activities of daily life” might be.

First of all, by definition, rehabilitation patients are not functioning at a normal level-if they were, they would not need rehabilitation. As both a Personal Trainer and a licensed Physical Therapist Assistant, I can tell you first-hand that there is a BIG difference between rehab training to get back to a normal, functioning state, and trying to increase your levels of muscular size and strength beyond normal levels.

For a person who is not injured or impaired to train with rehab techniques in order to get bigger and stronger constitutes context-switching and is ridiculous.

Furthermore, What if the marathon runner also has young children and works as a furniture mover? Does he do 3 different routines, or just one routine that is 3 times longer? I don’t know about you, but I don’t perform the exact same “activities of daily life” every single day.

Does that mean I need to change my workout program every time I train, depending on what I’m going to do that day or the next day? Do I need to lift heavy weights the week I’m going to help my friend move, and lay around at the gym the week before my vacation in the Bahamas?

Wikipedia: “Functional training may lead to better muscular balance and joint stability, possibly decreasing the number of injuries sustained in an individual’s performance in a sport. The benefits may arise from the use of training that emphasizes the body’s natural ability to move in three anatomical planes of motion. In comparison, though machines can often be safer to use, they restrict movements to a single plane of motion, which is an unnatural form of movement for the body and may potentially lead to faulty movement patterns or injury.” (Italics mine) 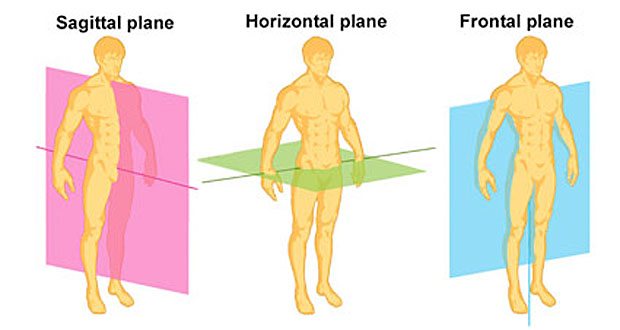 For example, if somewhere in the course of your training program you perform a shoulder press or incline press (sagittal plane), a lateral raise (coronal plane), and a rear deltoid raise (transverse plane), all of which are included in a High Intensity Muscle Building program, you have trained your shoulders utilizing all three planes of movement. 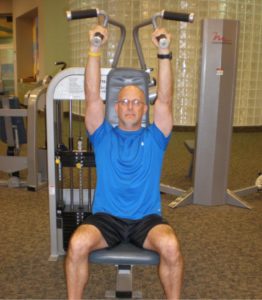 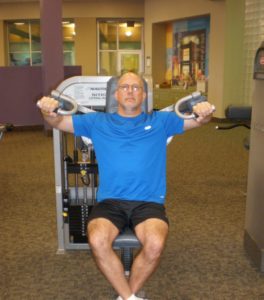 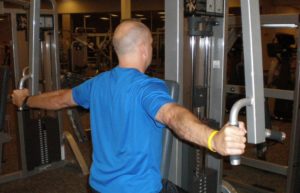 I put the italics in the Wikipedia quote to point out the contradiction. On the one hand, Wikipedia is saying machines can often be safer to use, then they contradict themselves by saying that using machines may lead to injury. What they are probably trying to imply is that if you train on machines, you will be more prone to injury in your “activities of daily living” than if you perform Functional Training.

Here’s why that’s a bunch of crap: properly performed strength training, including High Intensity Training, strengthens the muscles by thickening the individual muscle fibers. This is called hypertrophy.

Hypertrophy is achieved by providing an intense stimulus to the muscle, forcing it to work at the limit of it’s existing capacity, causing it to respond by growing bigger and stronger to be able to successfully respond to such a stimulus in the future. Basically, muscle growth is an adaptation to overload. Just like getting a tan is an adaptation to exposure to intense ultraviolet sun light.

It doesn’t matter whether that overload comes in the form of High Intensity Training using fixed-movement machines, Functional Training using medicine balls and rubber bands, or going outside and lifting logs and rocks-if the stimulus is sufficient, your muscles will grow. Just like it doesn’t matter whether you go to the beach or lay in a tanning bed to get your sun tan.

Which can you break more easily-a pencil, a broom stick, or a baseball bat? The pencil. Why? Because it’s thinner.

Which is harder to injure-a thin muscle fiber, or a thick muscle fiber? (You answer this one).

How do you thicken your muscle fibers? I just told you the answer. Overload. (This is kind of like an open-book test).

Moreover, Functional Training inherently compromises effective overload in 3 ways (probably more, but I could go on forever here, and I’m getting tired):

1. Momentum compromises overload. Utilizing the force of momentum to move a weight decreases efficient muscular loading and increases joint trauma. Both are bad.

2. Instability compromises overload. It’s pretty hard to direct 100% of your possible momentary effort to an exercise when you are trying not to roll off an unstable surface and split your head open. Come to think of it, splitting your head open would probably compromise overload also.

3. Lack of record keeping compromises overload. The essence of proper strength training is progressive overload-increasing weight, reps, or both, in successive workouts as you get stronger. I have never, ever seen a “Functional” trainer write anything down, or noticed any attempt at systematic progression from one workout to the next. It all appears very whimsical.

In summary, I believe that “Functional Training” is misguided, ineffective and dangerous.

I suggest you build your body using High Intensity Training.

Trust me, it will “function” just fine.

Get updates and learn from the best 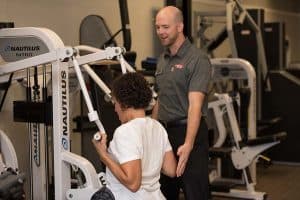 Have you seen these Dunedin Gym characters? If you have ever worked out in a Dunedin fitness center or gym, 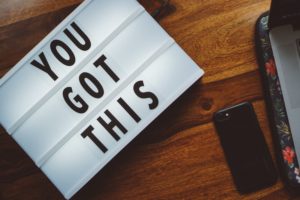 Many people, in their quest to lose weight, find themselves making great progress early on. And then all of a 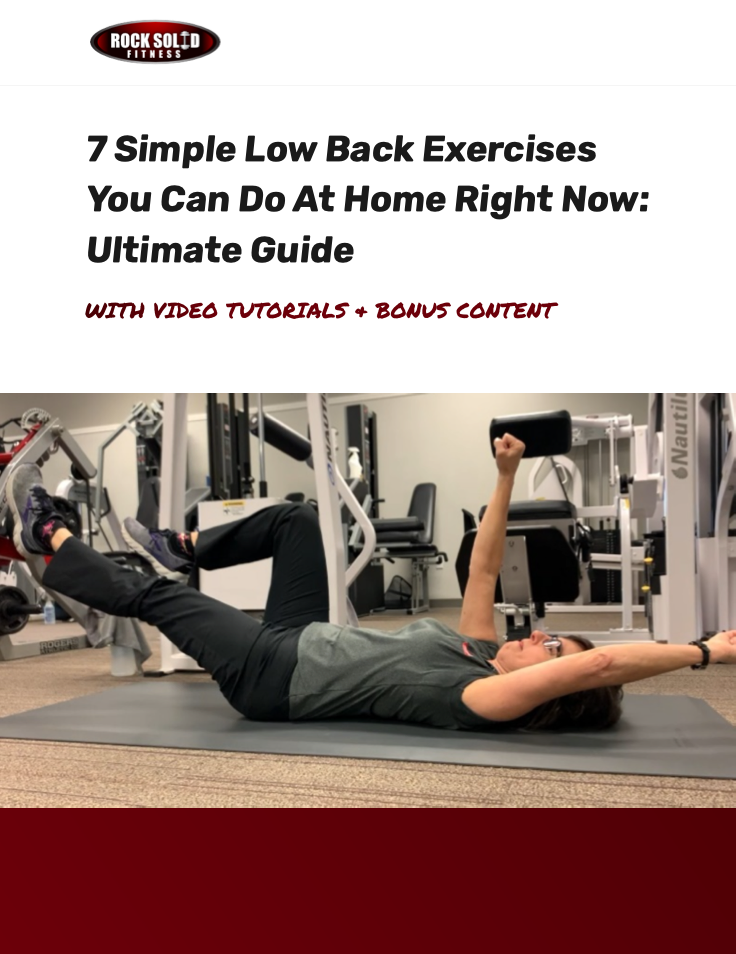 Your email is kept safe and private.

We Will Reach Out Shortly!

Please check your inbox for your downloadable pro guide.

Yes, I need the guide!
No, my back is alright.